Andersen in the UKIndividualsUS Tax Reform – implications for individuals

US Tax Reform – implications for individuals

The changes introduced by the tax reform act apply from 1 January 2018 unless otherwise stated below.  In addition, the following provisions will expire after 31 December 2025 unless otherwise extended by the US government:-

For 2026 and beyond, the exemption will revert $5 million, as then adjusted for inflation.  This led to some concerns  of a possible clawback in the event that individuals gifted more than $5 million  during their lifetimes and subsequently died after 2015.    Newly proposed regulations indicate that  there is unlikely to be any such clawback.

US individuals should now contemplate making gifts to family members and dynasty trusts in order to take advantage of the increased exemptions.

The TCJA reduced the marginal individual tax rate from 39.6% to 37%.  The rate for long term capital gains and qualified dividends remains unchanged at 20%.

Individuals running a business through a partnership or other pass-through entity may benefit from a 20% deduction on passthrough income as explained below.  However such individuals may be better off converting to C corporation status in order to take advantage of the reduction in corporate tax rates from 35% to 21%.

The standard deduction is doubled to $24,000 for married couples filing jointly ($12,000 for single filers).

The medical expense deduction “floor” is reduced from 10% to 7.5% of adjusted gross income (“AGI”) and the AMT tax preference is eliminated.  The floor operates by only allowing a deduction for medical expenses to the extent they exceed 7.5% of AGI.

There is now a $10,000 limit on state and local income, sales, and real estate taxes claimed as an itemised deduction.  Note that state and local taxes are still deductible  in above the line situations, such as the computation of income from rental property.

The itemised deduction for cash charitable gifts to public charities has increased from 50% to 60% of adjusted gross income.  The limit for donations to private non-operating foundations generally remains at 30%.

Note that the disallowance of deductions may have an impact on state income taxes because some states base their income tax on federal taxable income.

In terms of deduction planning, individuals may wish to consider “bunching” deductions such as charitable donations into a single year (rather than over several years), and relying on the standard deduction in the intervening years.

The personal and dependency exemptions have been completely repealed.  This provision is largely irrelevant to higher income individuals, since personal exemptions were phased out under prior law beginning at incomes above $320,000

The tax change may cause problems for divorces settled after 31 December 2018 because one spouse will lose a tax benefit and the other will gain one. It is already the case that child support and property settlements do not produce a deduction, and after December neither will alimony.

The deduction for moving expenses is suspended, except for active duty members of the Armed Forces who move pursuant to a military order and incident to a permanent change of station.   The deduction previously applied to moving expenses incurred in connection with starting a new job at least 50 miles further away from the individual’s former residence.

Net operating losses can be carried forward indefinitely (no longer limited to 10 years), cannot be carried back, and are limited to 80 percent of future taxable income.   This rule applies to losses incurred from 1 January 2018.  Losses carried forward from previous years are grandfathered i.e. the 80% limitation does not apply.

Where an individual has net excess business losses,  they may previously have been eligible to offset the entire amount against other income, such as salary or investment income.  From 1 January 2018,  the deduction is restricted to $500,000 of business losses ($250,000 for single filers),  with any excess being suspended and carried over to the following year as a net operating loss (“NOL”) carry forward.

An income tax deduction is allowed of up to 20% of “qualified business income” (“QBI”) from passthrough entities (such as partnerships) for business owners with income under $157,500 ($315,000 for married filing jointly), to compensate for the drop in corporate tax rates from 35% to 21% rate and prevent non-corporate businesses from having to incorporate

The passthrough deduction applies only with respect to income effectively connected with the conduct of a US trade or business.   Real estate income will qualify provided the activity meets the definition of trade or business.

Individuals with taxable income over $157,500 ($315,000 for married filing jointly) are subject to the following limitations:-

Sale of partnership by non-residents

Non-resident individuals selling an interest in partnership  engaged in the US trade or business may previously have been able to escape paying US tax on a sale of the partnership interest.

With effect from 27 November 2017, any gain or loss realised from the sale exchange of an interest in such a partnership is  now taxable, to the extent that the sale of the partnership assets would have produced effectively connected gain or loss.

Furthermore, the transferee of the partnership interest is required to withhold 10% of the gross proceeds realised,  unless the transfer or provide certification that it is a US resident taxpayer.

These rules give rise to considerable uncertainty in terms of calculating the taxable amounts,  and hence difficulty for the person responsible for the withholding.   In recognition of these difficulties, the IRS announced that the application of the withholding rules would be suspended until regulations or other guidance has been issued.

Fund managers are often remunerated partly with “carried interest” which is an indirect interest in the underlying investments of funds under management, effectively enabling the individual to benefit from long term capital gains rates.

The act introduces a three-year holding period in order for carried interest to qualify for long term capital gains rates.

Furthermore if an individual transfers carried interest to a related person, then they will recognise a short-term capital gain on any assets held for three years or less.

The circumstances in which a foreign corporation will be treated as a CFC are expanded as follows:-

The act imposes a one-off tax charge on US shareholders of CFCs, a CFC being a foreign corporation that is more than 50% owned by 10% “US shareholders”.   The US shareholder is taxed in 2017 on a deemed repatriation of all of the previously untaxed foreign earnings and profits since 1986.

The repatriation tax applies to both individual and corporate shareholders.

Various bodies have submitted representations to the Treasury on the harshness of the transition tax and GILTI (explained below) as it concerns individuals, and the Treasury has indicated that guidance on the application of the tax to individuals will be forthcoming.

A US shareholder in a controlled foreign corporation is required to include in taxable income, as a deemed dividend,  their share of the corporations “global intangible low taxed income” (“GILTI”).   The tax is designed to prevent tax avoidance by US multinational companies by shifting profits to their foreign subsidiaries.  However the GILTI tax applies equally to individuals, including both individuals with non-US operating businesses structured as corporations, and interests in investment funds which hold foreign portfolio companies meeting the definition of a CFC.

US individual shareholders are neither eligible for the 50% GILTI deduction nor the ability to claim foreign tax credits.  GILTI is taxable at standard rates of up to 37%.  Individuals who are affected may be able to reduce the impact of the GILTI tax by electing to be taxed as if they were a domestic corporation, in order to benefit from the same reduced rate of tax on GILTI that is available to a domestic corporate shareholder i.e. 10.5% instead of 21%.   It is not yet clear whether this course of action is effective, and the Treasury has been asked by various commentators to provide clarification.

Under existing US rules, foreign taxes paid on one source of income can be offset against the US tax on another item of income  of a similar type.   Foreign taxes are grouped together in “baskets”,  the main categories being “general limitation” (which includes “earned” income) and “passive”.   Foreign taxes in a given category can only be used to offset the US tax on other income in that particular category.   This generally prevents foreign tax on “earned” income being used to offset the US tax on “passive” income.   To the extent that there are surplus available foreign taxes in a particular basket,  these excess credits are carried back one year and then forward 10 years to be offset against the first available US taxes  on foreign income in the same basket.

Tax reform introduces a new “foreign branch” category of income and foreign tax credits,  which is defined as the business profits attributable to one or more qualified business units in foreign countries,  and excludes any income which would otherwise be treated as passive basket income.

The immediate impact  obvious change is that taxpayers are likely to have excess credits from previous years effectively “stranded”  in the general limitation basket.  Under previous rules, these credits would have been off-settable against the US tax on future business profits.   The creation of the new foreign branch basket effectively means that these credits may be lost altogether.

An Electing Small Business Trust is a trust that can hold the stock of a Subchapter S corporation.  ESBTs are often used to plan for estate planning purposes, for example to transfer the corporate stock to the donor’s heirs after their death.

The act permits, for the first time, non-resident aliens to be potential current beneficiaries of an ESBT.

The act provides tax benefits to employees of some start-up companies.  An employee may make an election with respect to qualified stock received, so that no amount is included in income for the year of receipt.  The employee can defer tax until the earlier of (a) five years, or (b) the occurrence of a specified event, such as the stock of the company being readily tradable revoking of the election.  At least 80% of the employees of the company must be granted stock options or restricted stock units (RSUs) with the same rights and privileges.

The deduction for business interest is limited to the total of the amount of business interest plus 30% of adjusted taxable income.  This restriction only applies to individuals who have more than $25 million in average gross receipts,  and therefore is unlikely to affect many individual individuals.

Individuals who average less than $25 million in gross receipts for the past three tax years may now use the cash method of accounting for tax purposes.

Entertainment and other expenses

Before 2018, businesses could claim a deduction  of 50% of business meal and entertainment expenses, but only to the extent they were directly related or associated to the active conduct of the trade or business.   This deduction has been repealed.

UK digital services tax.  The UK government is consulting on the introduction of a 2% turnover tax on digital multinationals deriving value from the UK. 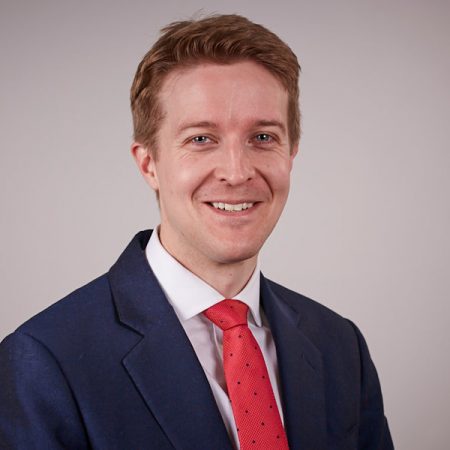 « Taxation of “non-doms” – where are we now? Avoid jeopardising tax treatment of protected foreign trusts »