Andersen in the UKBusinessesThe UK: Company in Liquidation – When intention is not everything

The UK: Company in Liquidation – When intention is not everything

We were recently asked to assist a company that had closed due to Covid. The following straightforward question suddenly became quite complicated: “When did you cease to trade?”

Stop right now
All too often, a company stops trading as it is making unsustainable losses. When it does so, the tax system provides a little comfort by allowing any trade losses it makes in its last year of trading to be carried back three years, rather than the usual 12 months and this may well lead to a welcome tax refund.

By contrast, some expenditure incurred after the trade has ceased may no longer be allowable at all. This makes the date the company ceases to trade very important.

In the normal course of events, the date of cessation will be obvious. For example, if it’s a shop, the time the doors are locked on the last customer of the final day, but sometimes a trade pauses rather than ceases. Imagine a company has to move to larger premises and has to leave its old site at the end of April, but the new factory is not ready until the start of July. It is certainly possible that the trade came to a complete halt when the company left the old building, but it is highly unlikely that the trade ceased with a new trade commencing in July if all that happened was a move to larger premises. Never say never though, as whether a trade ceases is fact dependent and it is possible for a company to carry on one trade then move to another site and carry on a completely different trade.

The gap can be quite an extended one. In Kirk and Randall Ltd v Dunn 8 TC 663, for example, the hiatus was 6 years, during which time the company sold its premises, didn’t win a single piece of work and changed the way it conducted its business, but crucially it never stopped trying to win work and eventually did start again.

Contrast this with Marriott v Lane 69 TC 157, a retirement relief case which, from their Business Income Manual, HMRC expects to hold sway for trade losses too. Here, the owners of Torbay Aircraft Museum closed the museum with a view to reopening it on a new site. The museum never actually reopened and the date the business ceased was held to be the date that the temporary shutdown started. This was because the trade, as a question of fact, stopped at that point; that the closure was intended to be temporary didn’t change this date as the museum never opened again.

When
These two cases make for a good contrast. In one, a company finishes its current contracts, but despite trying various avenues can’t persuade anyone to give it work. If it was a shop, it was one that was open every day and had customers come in, but couldn’t entice any to make a purchase, until one great day when someone finally buys a pair of Showaddywaddy deely-boppers. In the other, the shop-keeper closes up and puts a sign in the window, “I’ll reopen when I feel like it” with the full intention of doing so, but goes home, and despite their good intentions, puts their feet up and several years later receives a cheque from a property developer who has turned their shop into flats.

Now, consider the situation in March this year. You have a successful hospitality business, one that has expanded recently and now Covid has taken a flame-thrower to your order book, then the Government shuts your doors. You realise that it will be a while before business picks up, even when you are allowed to open again. Therefore, to get some revenue, you repurpose some of your machinery to make different goods for sale over the internet. This makes a little money but not enough. Costs are mounting, the furlough scheme is winding down and it is becoming clear that customer confidence has taken an even bigger knock than you thought. You investigate whether you can cut costs and obtain enough funding until Covid is beaten and customers want your services again.

Sadly, the figures do not add up and you have to call in an Administrator who will try to get full value for the company’s assets including any trade losses. What you can do with these will depend on when the trade ceased. Was it when the Government closed your premises and you furloughed your staff? That shut down was due to be temporary, but the majority of staff never actually came back to work as they were made redundant and despite you, as the director, trying to secure new customers for next year/season, no bookings were taken before you called it a day.

How about the repurposed machinery, with goods rather than services being sold now? Does it matter if there are two trades or not?

The End
Both questions are fact dependent and on these facts we would suggest that the company ceased its single trade when the Administrator was called in. Although the staff had been on furlough and indeed the majority had been made redundant, the director had been trying to secure new contracts (as with Kirk and Randall), they had not gone home and watched Netflix. To use the shop analogy, although the physical premises were closed, the shop-keeper had been trying to make sales over the internet from their home, but no-one had clicked on the website. Still, the “business” was open for trade even if it was unsuccessful, and it is the activity that is important here, not the result. (In other circumstances, it may be the result rather than the activity that holds sway, hobby trading for instance.)

As regards one trade or two, the repurposed machinery was producing goods for sale rather than items to assist with the services that had been sold, the company had not bought anything new apart from some raw materials, no new people had been taken on, nor was the company reorganised in any way. Further, they didn’t intend to take on Ikea, once the world was back to normal the machines would go back to their old purpose as that was far more profitable. On balance there was one trade.

However, as regards the date of cessation you can see how easily it would be for a different date to be used, which could significantly affect the company and its shareholders. Imagine, if the director here had just gone home and watched Netflix. The date of cessation would, in this case have been March, not October and all of the costs from April to October would be post cessation expenses, and these losses would not have been available to be carried back against the previous trading profits.

If you have any queries regarding the effect of Covid on the taxation of your business, please contact Kevin Hindley and Warren Howells. 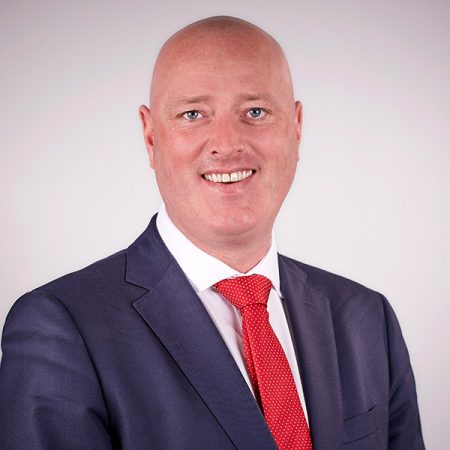 Kevin is head of Corporation tax and Real Estate tax in the UK. Kevin is an experienced tax practitioner with over 20 years in the profession who advises a variety of clients across several sectors but has a key focus on real estate.

« How does the UK’s capital gains tax compare to other nations? The UK: Blackrock Holdco 5 LLC v HMRC: Unallowable Purpose and Transfer Pricing »