FTX: What now for advisers? – Dion Seymour and Laura Knight

Dion Seymour and Laura Knight discuss options for accountants to help their clients in light of FTX’s collapse, illustrating their points through a case study, in AccountingWEB.

Dion and Laura’s article was published in AccountingWEB, 25 November 2022.

JasperCoin.io is an exchange that trades in the ‘usual’ cryptoassets, such as bitcoin, and it has created its own (native) cryptoasset JabbaCoin. To date, no tokens have been airdropped (provided free to encourage adoption). It is announced that JasperCoin.io is in trouble and may become subject to takeover or worse bankruptcy. Following this, the JabbaCoins, which were worth £10 per a token, are now only worth a fraction of a penny following a court statement that the CEO misappropriated funds.

The first thing the client must do is download records. It must be stressed to them that in the absence of records demonstrating loss will be difficult.

The first question for an accountant to consider is: what is the asset?  This is not straightforward. The starting point is to look at the terms and conditions (which can usually be found on the exchange/platform’s website). The T&Cs usually shed light on whether the client actually owns any tokens, or whether they own a right against JasperCoin.io. The rights and interests that the client possesses will determine the remedy they can pursue. This may also have an impact on their tax position.

It must be noted that a review of T&Cs can be further complicated by the fact that many exchanges/platforms vary the T&Cs over time and without warning. Clients should check emails to obtain historic copies of T&Cs where possible.

As a result, conclusions may need to be drawn on the basis of ‘best judgment’. HMRC may question how the view was arrived at. However, they would need to demonstrate why the accountant’s view is incorrect.

HMRC does not consider cryptoassets to be money or, more accurately, not sterling. This means any JabbaCoins or bitcoins owned are assets for capital gains tax (CGT) purposes. This makes a negligible value (NV) claim under s.24 TCGA92 possible, but a different approach is required for the two types of tokens.

Following the fall in value for the JabbaCoin tokens, an NV claim can be considered.  CRYPTO22450 states that for an NV claim to be made the tokens have to be worth ‘next to nothing’. A claim is not possible just because the asset has fallen in value since it was acquired.  Other conditions apply, for example, if there is still a market, and HMRC has been known to take a hard line on these matters.

Back in the real world, the tokens from collapsed exchange FTX (called FTT) still have a notable value and there still seems to be an active market (so not quite fitting into the NV claim).

The position for bitcoin is very different. Despite the CEO of JasperCoin.io stealing tokens, it is not HMRC’s view that this is a disposal (although others may have a different view).  As discussed at CG13155, with the client still having the right to recover the bitcoin the original interest has not been lost. The position is different if there is no likelihood of recovery, making an NV claim under s.24(2) TCGA92 competent.

Back in the real world, it should be noted that, in the case of FTX, recovery on any grounds is far from clear at the moment.

However, for all NV claims there needs to be the loss of the whole asset. For cryptoassets (and other fungible assets) this presents a complication. As cryptoassets have to be pooled under s.104 TCGA92 they become part of a pool regardless of ‘where’ they are owned and s.24 TCGA does not allow for a part disposal. Therefore, if the client had other bitcoin elsewhere (not at FTX!) there would not be the loss of the whole asset, making an NV claim not possible.

This is an unhelpful outcome. HMRC has accepted that NV claims are possible where there is a lack of recovery. Indeed, it says at CRYPTO22400 that an NV claim may be made in the event of a private key being lost. However, this seems to be a more mechanical outcome from existing legislation rather than a policy intent. Unfortunately, this is a point missed in the crypto guidance as it does not indicate that the loss of the whole asset in the pool is required.

Finally, there is a hypothetical question if the asset even still exists. The UK Jurisdictional Taskforce statement on cryptoassets and the Law Commission’s recent Digital Assets consultation paper proposes a view that when cryptoassets are transferred, or used, the original asset is extinguished and a new one created. This could mean that when the CEO of JasperCoin.io stole the assets the bitcoin was destroyed (and should be removed from the s.104 TCGA92 pool) and a new asset was created; a right against JasperCoin.io (which would not be the same as bitcoin so not pooled). If this is the resulting view then the above logic would seem sound, however, it may have potentially horrendous consequences for both the client and HMRC from a compliance angle.

With no tokens being airdropped, there is no miscellaneous income tax to consider. However, if there had been an airdrop, income would be due on the tokens at their value at the time of receipt with some difficult outcomes. However, an analysis of the issues here is outside the scope of this article.

Unfortunately, the headaches are not over for FTX, sorry, JasperCoin.io customers just yet. 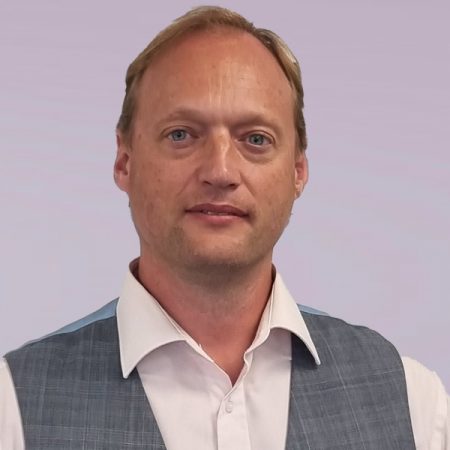